Which Airline Had The Largest Fleet Of Boeing 747s?

Submitted about a year ago
he Boeing 747 has been the most iconic airliner the world has ever known. It successfully shrank the world, enabling more people to fly further than ever before. While the in-service fleet is dwindling today, over the years, more than 1,500 have been delivered to airlines. Let’s take a look at which carriers were the biggest fans of the Queen of the Skies. The airline that has operated the most 747s ever is not Singapore or Pan Am, or even British Airways… (simpleflying.com) More...

laundryczar about a year ago 6
I know this has been said better by others before so I don't know why I am bothering, but, I miss flying on 747s. It has been ten years for me. Other planes are good too but there was a majesty about those that made flying an event, not just transportation.
I was able to track down the actual 747s my wife and I flew aboard on our honeymoon many years ago and was elated to discover it is the one on display at the Qantas Heritage Museum.
Reply ↓•Permalink•Report 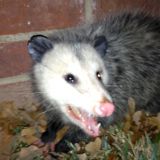 Daniel Bailey about a year ago 7
It’s JAL. Saved you a click..
Reply ↓•Permalink•Report

ImperialEagle about a year ago 2
Yeah, JAL for sure. And just about all the variations as well.
Reply ↓•Permalink•Report

D Chambers about a year ago 1
On a sad note:
Kyu Sakamoto was on board. Virtually everyone knew his foreign-language Top-40 hit from the 60s: Sukiyaki.

This quick recap is from Wikipedia....
Japan Airlines Flight 123 was a scheduled domestic Japan Airlines passenger flight from Tokyo's Haneda Airport to Osaka International Airport, Japan. On August 12, 1985, a Boeing 747SR operating this route suffered a sudden decompression twelve minutes into the flight and crashed in the area of Mount Takamagahara, Ueno, Gunma Prefecture, 100 kilometres (62 miles; 54 nautical miles) from Tokyo thirty-two minutes later. The crash site was on Osutaka Ridge, near Mount Osutaka.

Japan's Aircraft Accident Investigation Commission officially concluded that the rapid decompression was caused by a faulty repair by Boeing technicians after a tailstrike incident during a landing at Osaka Airport in 1978. The rear bulkhead of the plane had been repaired with an improperly installed doubler plate, compromising the plane's airworthiness. Cabin pressurization continued to expand and contract the improperly repaired bulkhead until the day of the accident, when the faulty repair failed, causing a rapid decompression that ripped off a large portion of the tail and caused the loss of hydraulic controls to the entire plane.

The aircraft, configured with increased economy class seating, was carrying 524 people. Casualties of the crash included all 15 crew members and 505 of the 509 passengers. Some of the passengers survived the initial crash but died of their injuries hours later while awaiting rescue. It is the deadliest single-aircraft accident in aviation history.[1]
Reply ↓•Permalink•Report

Michael Lacy about a year ago 1
I had the pleasure of flying a 747 for the first time about 7 months ago. It was the 747-8 variant on Lufthansa between Chicago (ORD) and Frankfurt, Germany (FRA). Although these aircraft had been mostly grounded for one of my return trips about 3 months later, I found it to be a superior flight experience over the A350-900 and B787-9 & 10's, even with their more modern features and amenities. The upper deck of the 747-8 on Lufthansa was the best long range international wide body flight experience I've ever had. I will certainly miss that option.
Reply ↓•Permalink•Report