Submitted 11 years ago
The flight from Birmingham to Geneva was over-filled with 10 tonnes too much fuel so the captain asked the last 37 customers to get off the plane. When some passengers refused to budge they were informed that three police officers were waiting in the airport terminal and would arrest them if necessary. (www.dailymail.co.uk) More...

nnegron 11 years ago 0
Congratulations to Easyjet for good professional service....remind me to floight with them in the future...!!
Reply ↓•Permalink•Report

MimosaDrive 11 years ago 0
Service with a smile!
Reply ↓•Permalink•Report

everett goff 11 years ago 0
I work at Myrtle BEACH airport in S.C. and our facility will not defuel planes. Consequently there have been times when a plane was overfueled that they either burned off the extra or we removed bags and/or passengers.
Reply ↓•Permalink•Report

Wingscrubber 11 years ago 0
If I knew the plane I was about to fly on was overloaded I would be the first to get off, that kind of lack of professionalism isn't just poor customer service, it's downright dangerous. I wonder who screwed up, was it a weight and balance mistake on behalf of the pilots or the ground crew??
Reply ↓•Permalink•Report 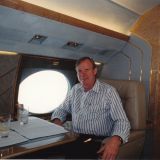 Rich Brown 11 years ago 0
Happened to my at CLE, I was more than delighted to deplane as I was sitting next to a 350 pounder on a CRJ-200. NO PROBLEM
Reply ↓•Permalink•Report

Roger Gingell 11 years ago 0
From what I remember working in the operation at Heathrow it was once explained to me that the cost of de-fueling was approx one and a half times the cost of loading in the first place plus finding an empty bowser etc. So I believe cost to the operator is significant but safety paramount.
Reply ↓•Permalink•Report

Roger Loukes 11 years ago 0
Passengers just do not understand weight and balance -- I would rather they de-planed me than fly overloaded. I would like to congratulate the Easyjet crew for noticing such a glaring error before it was too late and the flight became a statistic. I often fly Easyjet and they are one of the best low cost carriers. Perhaps a better explanation from the flight crew would have reassured the passengers that safety was/is of paramount importance.
Reply ↓•Permalink•Report

Allan Cook 11 years ago 0
Flight Crew did well... agreed ... fact is somebody screwed up somewhere. It's certainly no fun being an actual or a potential pax with Easy jet .. I call them difficult jet.
Reply ↓•Permalink•Report

gaffneyp 11 years ago 0
Hmmm. These numbers are not adding up. They took on "10 extra tonnes" of fuel. That's 20,000 pounds. They deplaned 37 passengers. Did they all really weigh 540 pounds? Each?
Reply ↓•Permalink•Report

Gene Nowak 11 years ago 0
Now, compare this to the way Southwest handles passengers in the story above.
Reply ↓•Permalink•Report

Brian Kelley 11 years ago 0
Hmmm. These numbers are not adding up...
"But unbeknown to the remaining passengers, their luggage was also removed from the flight to save weight."
Reply ↓•Permalink•Report

Dieter Langendorf 11 years ago 0
Tks for the story, I will never even think abt flying EasyJet, I guess you get what you pay for.
Reply ↓•Permalink•Report

Ralph Wigzell 11 years ago 0
This is where IATA should step in and impose a heavy fine on the company. The correct solution would have been to offer volunteers a business seat on another airline/later flight or some other form of compensation.
Reply ↓•Permalink•Report

Allan Cook 11 years ago 0
It would be nice if Easyjet offered some kind of what might loosely be called 'explanation'. I would if I was in charge of PR for that company
Reply ↓•Permalink•Report

jerry keeton 11 years ago 0
Typical big business approach . The customer always gets the shaft from these big businesses , yet they expect immediate compliance from the customer , and They always acclaim customer service is Their number one priority . It's all business , not just airline .
Reply ↓•Permalink•Report

alex hidveghy 11 years ago 0
First of all, being a professional pilot myself, there is NO way the crew would have "missed" 10t extra fuel to what they ordered in the first place. Secondly, there is a thing called weight and balance and EVERY commercial aircraft and airline in teh world does one prior to departure. You don't just "go" overloaded and see what happens or not! It is a LEGAL requirement and if there is a problem with either the weight OR balance, you have to change it to so as to bring it within the operational envelope of the load sheet.
I would further suggest that 10,000 kg over-fuel is more than just a mistake - it is gross incompetence. Something clearly went wrong and someone, somewhere kept silent until the pilots or the dispatcher discovered it. There is also the possibility that the pilots could have done some re-calculations and done a full-power (as opposed to reduced thrust), bleeds off take off that may have given them an extra few tonnes more takeoff weight. However, an extra 10t is an awful lot to compensate for.
Secondly, the way Easyjet handled this is totally irresponsible. They or their agents created the problem so if they cannot immediately correct it, then at the very least, passengers should be offered an apology and possibly recompense, not treated like common criminals. This sounds like a total PR disaster for them and the adverse publicity, will only harm them further.
Perhaps the "best" solution would have been to cancel the flight and put them all up in hotels. But that would have cost the airline more - in addition to de-fueling the plane.
It's difficult to speculate since non of us were there and even if we were, we likely would not have been told the full story.
One thing is for sure, that is the way the airline handled it. Textbook case in "airline management". Maybe this should be a scenario question posed in airline management job interviews!!!
Reply ↓•Permalink•Report

Jeff Cox 11 years ago 0
As a commercial I am surprised the crew dIdn't prior to taxi. I general know generally how many passengers and fuel I can take and be under MGT
Reply ↓•Permalink•Report

richard caso 11 years ago 0
I too am shocked that this gross over-fueling was even allowed to occur. I think the flying public needs a full and truthful explanation before placing blame on anyone. I can understand this in small, general aviation planes. However, this is a commercial operation that operates under very strict guidelines.

I also agree that Easy Jet should not have threatened to have the PX arrested. this only worsens the situation. For the airlines/ramp personnel stupidity, the PXs should have been compensated or put on business class on another flight.
Reply ↓•Permalink•Report

thor nibus 11 years ago 0
Next time, to satify the pax, taxi to the penalty box and burn the fuel at full throttle for two hours.
Reply ↓•Permalink•Report

Jeff Cox 11 years ago 0
As a commercial I am surprised the crew dIdn't catch this prior to taxi. I general know generally how many passengers and fuel I can take and be under MGTOW. This large of an overfuel should have been obvious as the difference between night and day. The situation should have been discovered at first glance before even starting a checklist. I can understand a 1000# overage not being picked up until the weight and balance calculations were complete, but 20000#? All I can figure is there is more to this story or the crew was totally not engaged in their flight. I wonder if they exceeded their maximum taxi weight? I'll bet maintenance had fun with this one.
Reply ↓•Permalink•Report

Ralph Wigzell 11 years ago 0
At least one of the pilots or a technician should have been overseeing the refueling operation. This kind of error should not occur. Errors like this can lead to a disaster (QED)
Reply ↓•Permalink•Report 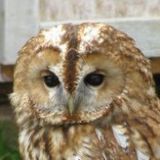 Allan Cook 11 years ago 0
Has it ever been known for Easyjet Dept to respond other than on the defensive? I'm kind of thinking they read this stuff and are happy for us to rant and rave in the belief that we, the 'public' will forget this alleged outrage.
Reply ↓•Permalink•Report 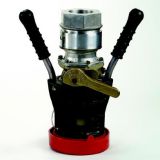 Jonathan Bryan 11 years ago 0
As a fueler, trainer, and pilot I've seen all kinda of things. We've had a plane that was overfueled by 10,000#'s, but the crew was able to take it. We have a defuel capability, but due to operational requirements, we cannot implement it on a whim. I've also seen a plane taxi for T/O without being fueled, TWICE (and that's just in the past year).
Reply ↓•Permalink•Report

fire department 11 years ago 0
miss fueling aircraft happen most likely everyday somewhere in the nation. Not all airports have defueling capabilities. it is a real problem to deal with the fuel that comes off an aircraft because it has to go back on the same aircraft because of microbes in the fuel. The ATA manual is specific on how to deal with this situation and not all airports can comply or simply refuse to defuel because of a contamination factor and possible lawsuit.
Reply ↓•Permalink•Report 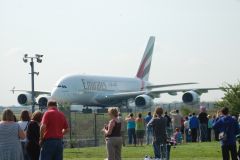 Jane Howarth 11 years ago 0
is there any need to make reference to peoples size in this conversation, sick and tired of comments being made about big people big people have rights to, i am 18 stone and i cycle ice skate, not lazy and work full time, so we are all not layabouts and deserve some respect, this error in the weight was clearly either the airlines fault or those that fuel the plane and as for easyjet saying to passengers to get off the plane is disgraceful, its not there fault someone made this error, i dont know.
Reply ↓•Permalink•Report

Paul Kschesinski 11 years ago 0
...so who doesn't know how to do fuel calculations here???? Or someone wasn't paying attention....comforting to know we've got idiots fueling planes who can't read a fuel meter...what else are they forgetting???
Reply ↓•Permalink•Report

Jonathan Bryan 11 years ago 0
Murphy's Law sometimes comes into play. How many people get into car accidents because they weren't paying attention? Aircraft gauges don't always work, fuel loads can get mixed up, and sometimes there's improper communication between dispatch, operations, the flight crew, and the fuelers (especially if it's a regional airline).
Reply ↓•Permalink•Report

crusader2009 11 years ago 0
WTH! They are going to "investigate"? Seriously?? Well, I know one thing they just made REAL EASY-- the decision NOT to fly with them next time! Stage left, que Southwest!
Reply ↓•Permalink•Report

Allan Cook 11 years ago 0
How do we get Easyjet to comment?
As far as I can gather they remain stubbornly and characteristically quiet.
Not so quiet if you're not in total compliance with (some not all of) their passenger rules.
Reply ↓•Permalink•Report