Submitted 2 years ago
The combination of the ADS-B upgrade and an Airworthiness Directive (AD) affecting certain Honeywell TFE731 engines is threatening to force the retirement of a large number of older Dassault Falcon, Hawker, and Cessna Citation business jets that are not currently enrolled in hourly engine programs, warned Dallas-based hourly maintenance specialist Engine Assurance Program (EAP, Booth 1881). The ADS-B mandate has a Jan. 1, 2020 deadline, while AD 2012-17-05 will affect aircraft that have not… (www.ainonline.com) More... 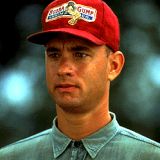 wingbolt 2 years ago 3
A couple of things peaked my attention.

If there is a fear of disc separation then why would there be a 2600 hour or 8 year time limit? The FAA did the same thing on prop hubs years back. I would think if it merits something as import as an AD then 8 years seems a bit excessive, unless it’s okay for the disc to separate at 7.5 years or 2599.9 hours.

The company responsible for this report just happens to be in the business of selling engine programs. The report even gives their booth number at the NBAA. How convenient.

Most of these legacy airplanes are owned by people or companies that are able to get an aircraft cheap and hope the maintenance bills won’t total out their cheap investment. They normally don’t see the value in an engine program and gamble that their engine won’t have some type of expensive event.

The other type of owner will be on an engine program already and shouldn’t have a big issue with this AD. It sort of separates the men from the boys.

I have many hours in the Hawkers and think they are a fine aircraft. But somebody at one time probably thought the Model T was a good car. They both were at one time. But technology has passed them both up.

Paul Wisgerhof 2 years ago 2
If you or your company owns any of these birds you might want to see if you could donate them to a museum. Might be the best return on the investment.
Reply ↓•Permalink•Report

sparkie624 2 years ago 1
Very true and a great idea... Some of those old birds have great history
Reply ↓•Permalink•Parent•Report

sparkie624 2 years ago 1
It most certainly will.. that is a given, and it is parking some older airline jets as well.
Reply ↓•Permalink•Report

bbabis 2 years ago 1
These are aircraft from 30 years ago or more. I would imagine that most if not all are fully depreciated on company books. The hurt will come in the replacement as the cost of non AD affected and ADS-B equipped used aircraft skyrockets.
Reply ↓•Permalink•Report

Chris B 2 years ago 1
Beyond useful economic life.