Virgin America Plans Expansion of Service out of Dallas

Submitted 8 years ago
Virgin America announced that it plans to expand and increase its service out of Dallas. The airline hopes to secure two gates that American Airlines is losing at Dallas’ Love Field, and if successful, will move its current operations from Dallas/Fort Worth International Airport to Dallas Love Field this October. (www.frequentbusinesstraveler.com) More...

Brad Littlejohn 8 years ago 4
Talk about crashing the party! SWA is all about celebrating the end of the Wright Amendment around that time, and starting their first unrestricted flights in October.. Lots of festivities planned for that...

And at the same time, VRD announces that they'd relocate to DAL and start their own service right as SWA starts their party.

preacher1 8 years ago 2
Could this, along with all the other announcements that have been made for Post Wright service, be the start of what the Wright Amendment was designed to keep from happening in the 1st place. It was put in place to give DFW a leg up. Are we going to see a repeat of DCA-IAD after a few years. If I could get the same thing out of DAL that I could DFW, ain't no way I'd drive all the way out there and in looking, you will find that most O&D traffic for DFW comes out of Dallas anyway. It will all be interesting.
Reply ↓•Permalink•Report 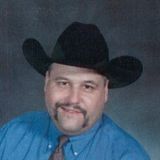 Gary Gregory 8 years ago 1
What happened between DCA & IAD? Back in the day did BWI have a lot of international flights?
Reply ↓•Permalink•Parent•Report

preacher1 8 years ago 1
Who has paid for all the remodel at DAL though? was it SWA or has the city picked up that tab?
Reply ↓•Permalink•Parent•Report

PhotoFinish 8 years ago 1
As long as newer competitors with better service and lower fares are not excluded from slots at busy airports, they will provide valuable competition in an environment of lots of recent airline consolidation.
Reply ↓•Permalink•Report

Gary Gregory 8 years ago 1
The 20 gate limit was part of an agreement between DFW/DAL/WN/AA and cities of Dallas & Fort Worth. I think there's also language in the agreement about international flights being limited to DFW but I could be wrong ( been a long time since I read all of that ).

In return WN supervised the building of a new terminal (like they did at HOU) this was reported to help speed along the process.

I believe all of the old gates except two have been demolished and those will be once construction is complete on the west part of the new terminal.
Reply ↓•Permalink•Report

preacher1 8 years ago 1
I can see the restrictions on International flights as that is about how it is at DCA and IAH, whether written or not. With WN holding 16 gates though, I am hard pressed to see how all this other that has been announced is going to take place in just 4 gates, although if I understand it correctly, Virgin does not have those 2 AA gates yet but has just bid on them.
Reply ↓•Permalink•Parent•Report

PhotoFinish 8 years ago 1
And all this is happening in 2 gates (the AA gates that are up for bid). The other 2 gates belong to United, since the time that Continental went to court to fly out of DAL. They retained the 2 gates as part of the repeal compromise.
Reply ↓•Permalink•Parent•Report

Gary Gregory 8 years ago 1
WN received approval from the City of Houston and HOU to build a Customs area at HOU for international flights.

UA/CO countered the request by saying they would have to downsize the IAH hub and have layoffs. Of course that was just their way of trying to block WN's request.
Reply ↓•Permalink•Parent•Report

preacher1 8 years ago 1
Yeah, I remember all that
Reply ↓•Permalink•Parent•Report

At HOU and DAL, all flights were moved over to IAH and DFW respectively. Southwest filled in at DAL, because they weren't there and didn't sign te agreement to abandon DAL in favor of DFW, so didn't. The Wright amendment severely restricted their operations at DAL. Then when SW filled in at HOU, they stuck with the same short-haul domestic concept.

SW is now adding int'l destinations to thier network after merging AirTran. They are building out gates at HOU, but flying at DAL is restricted to domestic from the compromise that reeks the Wright amendment.

The other airports, though, debt have any such restriction on int'l flying.
Reply ↓•Permalink•Parent•Report

preacher1 8 years ago 1
Personally, they ought to throw all the restrictions out the window and let 'em duke it out, and people fly on who they want to, from where they want to.
Reply ↓•Permalink•Parent•Report

PhotoFinish 8 years ago 1
Except when these older close to midtown airports have extremely testeficred approaches and shirt runways. Then it makes sense to limit aircraft by their ability to land at these short fields.

Destistion distance should only come in as it relates to takeoff weight.

But people wanting to take off at he most conveniently located airports may push airlines to push the limits and/or the airlines desire to collect that premium income may push themselves.

As long as the lifting of restrictions doesn't create an environment that can lead to more accidents like the SW nose first crash at LGA.

But worse than a hard landing would be to go past the end of the runway and into the river, like has happened at some airports.

Safety first. But as long as there aren't any safety concerns, let competition fly.
Reply ↓•Permalink•Parent•Report

preacher1 8 years ago 1
Well, DAL ain't the longest in the world, but I remember being on an AA707 in 68 or 69, with a full pax and fuel load, going to TUS and onto LAX load. Pilot was worried as they should have lightened fuel and refuel at TUS but fuelers screwed up. A good bit of bouncing as he tried to get up and finally did. We didn't have the quickest climb out but we got off. If he could do that, I never worried about DAL anymore. LOL
Reply ↓•Permalink•Parent•Report

preacher1 8 years ago 2
I think the city did it with direction from and oriented to SWA. I am kinda wondering about that planning though. They(SWA) kinda acting like they thought everybody would just stay at DFW and leave things alone though. I really don't think they counted on all that they have seen though.
Reply ↓•Permalink•Parent•Report

PhotoFinish 8 years ago 1
As far as I know SW controls 16 out of 20 gates at DAL, and that the gates are limited to 20 max in the agreement that allowed for the repeal of the Wright Amendment, and will stay tgAt way for the foreseeable future. Other airlines are limited to 2 gates, with United having 2 gates, and some other airline picking up AA's 2 gates that were relinquished as part of the merger settlement.

So far as far I can see, both Virgin America and Delta would like to use those 2 gates. But only one airline will get those 2 gates.

There is talk of expansion being necessary at DFW in the not too distant future. I would argue that DAL could also benefit from some gate expansion.

But given the conditions today, any benefit to DAL will be a benefit to SW, as their operation is the vast majority dominant carrier at the airport. So if the sum total of all other airlines is limited to just 4 gates, SW wouldn't be too concerned.

It's time to make things even more interesting. But for now, we'll have to make do with the lifting of the flight distance restriction. Some day, hopefully we'll have even more competition. But it won't come so soon.
Reply ↓•Permalink•Parent•Report

preacher1 8 years ago 1
That's the first I've heard of that 20 gate deal. Even if correct, seems like more airlines have already announced service there than 4 gates will accommodate as I doubt the announcements will be single gate operations. I'm a thinking there are a whole lot more than 20 gates at DAL.
Reply ↓•Permalink•Parent•Report

PhotoFinish 8 years ago 1
I think you're referring to both Delta and Virgin America announcing service they'd like to offer if they get the 2 gates that American will be required to relinquish, as part of the merger settlement with DOJ.

Those 2 gates haven't been awarded yet, but are currently being leased out, possibly to Delta(?).
Reply ↓•Permalink•Parent•Report

PhotoFinish 8 years ago 1
Simply put, those public announcements are part if a lobbying effort to be selected for the AA gates.
Reply ↓•Permalink•Parent•Report

jimvejr 8 years ago 0
Great business move by VX. Not only are they going to increase competition at DAL but also drive SWA prices down. Not to mention that VX has been looking for/needing a center of the country hub/focus city. Seems like DAL is a great fit. There is still unannounced slot from LGA lets see what they do with that. SoFL? HOU/IAH? ORD?
Reply ↓•Permalink•Report