Paul Wisgerhof2 months ago
This is one of a very few flying B-57s of any type.
Report 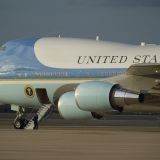 befreefilm2 months ago
This must be one of the 3 RB-57F's still flying.
Nice shot!
Report

Alan Brown2 months ago
Beautiful photo! Thanks. That modified wing must give it quite a bit of lift at high altitudes.
Report

Might be best of the week and beautiful vintage link to a jet bomber of the early jet age.
Report 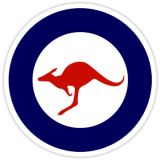 Stephen Mitchell2 months ago
The Canberra lives on
Report 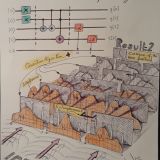 Francesco Morchio2 months ago
I am happy i could recognize it in a matter of seconds... great plane
Report

eLaReF2 months ago
Wow! Great shot
N927NA is the one that spent 41 years in storage at MASDC/AMARC/AMARG (The name changed a few times) and flew away in 2013 to be rebuilt for NASA
Report

Chris Landis2 months ago
I was in Kandahar, Afghanistan 2014 through 2016. We had one on the ramp next to us. Not sure what it's mission was but it was cool to see it fly!
Report 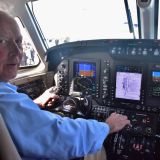 Mike Whetstone2 months ago
Once heard someone report that they were at 78,000 on my scanner; didn't think to much about it until I was driving to work. Then I realized, "Wait a minute! Nobody flies that high; nobody needs to." Started researching what could even achieve that and found NAS927 and NAS928; been a fan ever since.
Report 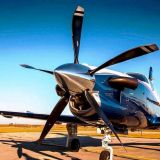 Luis Orpinell2 months ago
NASA Martin B-57 Canberra. What a spectacular, this bird is almost 60 years old. woow
Report

Hertznanaimo2 months ago
Never have seen one of these before. Very cool. Looks intense.
Report

Karl Scribner2 months ago
There was a group of B-57s based at Battle Creek in the 1950s or 60s. They had a different high pitch sound as they flew past.
Report

John Sukovich2 months ago
In the spring of 1964, the Air Force transferred me from Berlin to the 6937 Communications Group outside of Peshawar, Pakistan. We flew up from Karachi on a C-130, and after deplaning we boarded a bus to the Comm Group. As we rode through the USAF portion of Peshawar Air Base, one of these was parked outside a hangar. One of the guys on the bus asked “What he hell is that???”

Just the week before, I had spent a few hours in the St, Petersburg FL public library, killing some time while on leave between assignments. (I had planned to travel around Europe before heading to Pakistan, but the Air Force had decided I needed additional training back in the US.) While in the library, I perused the latest edition of Jane’s All The World Aircraft, and saw an article on it.

An NCO on the bus looked at me rather strangely. I later found out why.

Note the reference to a Peshawar in the article.

John Sukovich2 months ago
Keep in mind: Peshawar was the starting point for Gray Francis Powers’ ill-fated U2 mission over the USSR.
Report

Ken Fedder2 months ago
Great pic, with the angle of the Sun as it is, the wings at a distance look as though they do not have Ailerons.
Report

William Owens2 months ago
We used to see these flying out of EFD for NASA. The engines were really high pitched whine. You could tell it was coming long before you could see it! Elent Hi altitude...
Report

Michael Winblad2 months ago
They replaced the U2 overfly missions during the Cuba Crisis, after the Russians demanded we stop the "U2" missions. Our primary mission was to sample the A bomb clouds at high altitude, both domestic and foreign.
Report 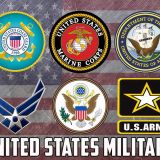 doug marshburn2 months ago
In the early '60's they operated out of R.M. A.B .
Report

doug marshburn2 months ago
@JohnSukovich That is very interesting story , thanks for posting .
Report